Are you an aspiring React developer? Do you want to know how to prepare for React JS interview questions? If yes, then look no further, you have come to the right place. Having an idea of the type of questions that the company will be expecting you to know, will give you an extra edge towards conquering any interview.

1. Describe the most useful Features of React?

The top features of React include the following:

2. What do you understand about JSX?

JSX is an extension of JavaScript that is used by React to determine the design of the user interface. This extension allows you to write an HTML structure within a JS file and makes the code cleaner.

JSX has many advantages that include writing react components. Moreover, it is highly useful when you have to create a nested element. Without JSX, the nesting could look a bit clumsy but with JSX, the readability of the code would get far better.

DOM stands for Document Object Manipulation. A virtual DOM is a virtual JS representation of the actual DOM and is stored in the memory. It is lightweight and is used in synchronization with frameworks like React.js, Vue.js, etc. We used a virtual DOM in place of a real DOM because the former can be updated faster than the latter.

4. Differentiate between the Controlled and the Uncontrolled components?

5. What is the Importance of State and Props in React?

The state data structure is initialized with a default value during the mounting of a component. The state can be changed or manipulated. However, Props or properties of a component can never be mutated.

The state and prop both do the similar thing but they have different ways. Most of the components do not have states. Props are for non-mutable data whereas states are for mutable ones.

JSX contains both JavaScript and HTML structures. But the browsers are only capable of reading plain JS objects. That is the reason why browsers can’t directly understand JSX.

JSX can be converted into JS objects using trans compilers such as Babel. Babel is the most popular compiler used for this purpose. After converting the JSX into pure JS and HTML, the browsers will be able to understand the file.

7. Explain Redux and its Components?

Redux is the JS library used for creating the user interface by managing the states in the whole application. This open-source library has the following three components:

8. Explain the lifecycle of a React component?

9. Tell us something about Flux?

Flux is an application structure that is complementary to React. Flux contains unidirectional data that flows through the application until it hits the target and gets displayed on the screen. It stabilizes the application and helps it in reducing run-time errors.

10. What do you understand about the React Router?

React Router is used to create routes in a React application. This library syncs the UI while the application routes to different URLs. It prevents refreshing the web page when the user navigates to a different component.

This article covered some of the most popular React JS interview questions to help you prepare for your upcoming interview. To excel in the field of development and get an in-depth knowledge of the trending technologies, check out  Board Infinity’s Full Stack Development Course today. 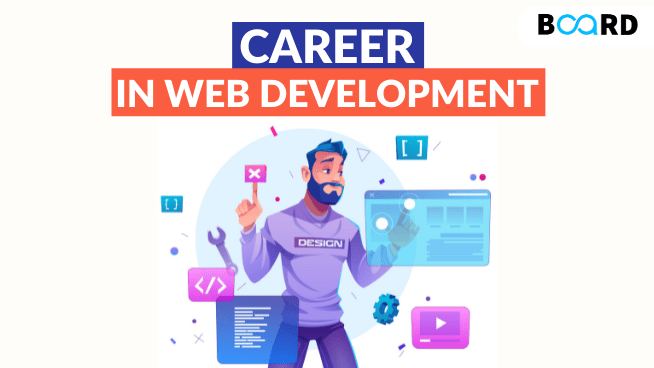 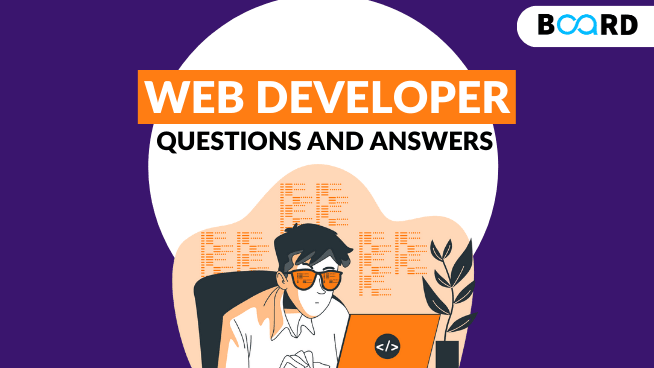 Web development has a very high potential for growth. And the web developer job the profile is an important one in these times of technological advancement. Most of the organizations around the globe look to hire the best web developers to handle their front and back-end development. A good web